THANK YOU to all who have helped me identify a few plants. The ragweed and others are now pulled out of my orchard, and the trumpet vine is no longer threatening the house foundation or the neighboring herbs. I left some purslane in a few areas and I'll try nibbling on it.

Now for a new one. We have an open space with freshly dug dirt and I noticed a plant today that I've never seen before. It looks "purposeful" if that's a term, but I have no idea what it could be. While mowing I spared it to see what it is.

The green leaves have a silvery tone to them, and the stem and underside of the leaves are quite silvery. 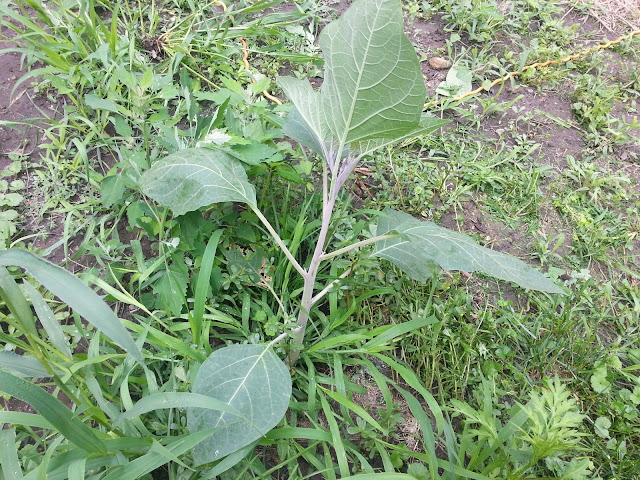 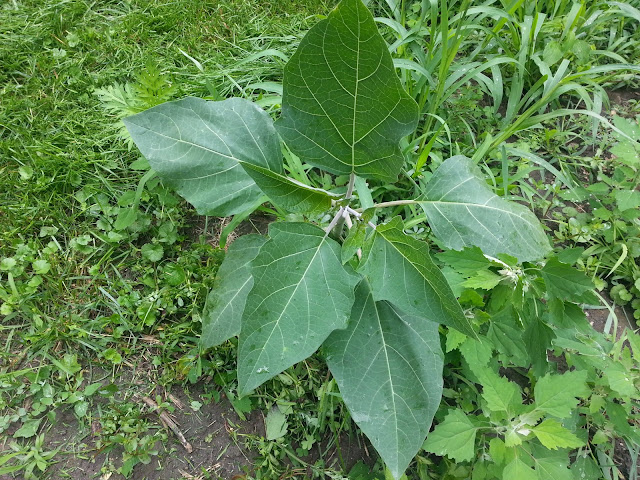 Thank you to the many folks who helped identify the following seven plants. 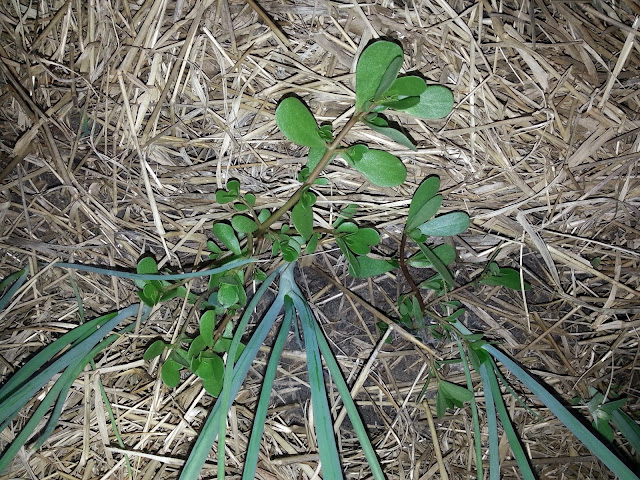 Purslain - edible and delicious according to most people. I left it.

While the comments on my blog post asking for help identifying weeds don't reflect it, I got a lot of great email helping ID the plants. The comments function on the blog seems to be broken, my apologies for that. Regardless, here are two more plants to identify.

This is a low-growing plant I found among my onions. Any ideas? Edible, useful?

And this is a photo of a perennial planted near the foundation of our house. It's starting to vine all over the place. What is it? 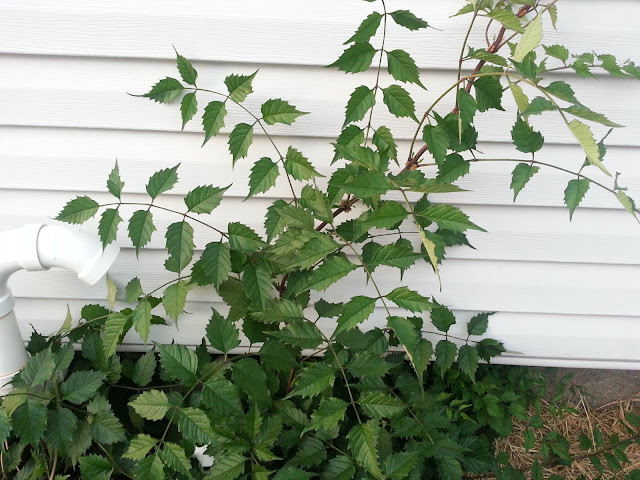 Edible weeds from the orchard

The other day I wrote a blog post about trouble I was having identifying weeds growing in the orchard. I've been weeding the orchard to give the clover an unfettered opportunity to create a solid ground cover to protect the soil, fix nitrogen and prevent weeds from coming up.

One weed I can readily identify is known to me as lambs quarters. I've also heard it called Aztec spinach. Regardless of the name, I think it's delicious. 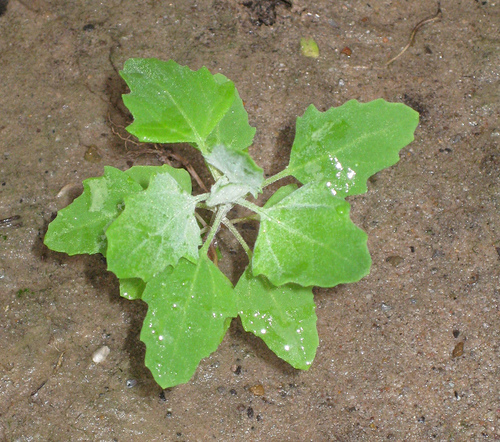 I pull the lambs quarters well before it goes to seed, which is also when it's tender and effortless to remove. And since the whole idea of this orchard is to be a food forest, I eat everything edible it produces.

As I pull lambs quarters, I gather it in one hand with the roots facing the same direction. After weeding, I cut off the stems and roots with a garden shears, though taking them into the kitchen and chopping them off with a knife would've been fine too.

While weeding the orchard this evening, I realized there are some plants I'm having a hard time identifying. The majority of the orchard groundcover is white Dutch Clover, a low growing groundcover. However, when I planted the clover, I found some packets of flower seeds and mixed them in with the clover; and I don't remember what I sowed nor what they're supposed to look like. Also coming up in the orchard are lambs quarters and pig weed, both I can identify.

If you can identify any of these, use the corresponding numbers and let me know what's growing.

Kale! I discovered kale last year. I know, but until then, I didn't really know what to do with what we got in our CSA box except give it all to Jeff and Erin (sorry guys, that explains ALL THAT KALE last year :)

Until we discovered kale chips. Then I was all over kale and started two varieties from seed this spring. After an unfortunate early spring sunburn when I killed four plants by putting them out without properly hardening them, the four replacements are growing and I harvested leaves after work today.

Little known fact I can't prove but have heard - up until recently, Pizza Hut was the largest user of kale in the U.S. What for? Decoration around their salad bar. My bet is they don't turn them into kale chips at the end of the day.


What are your favorite kale recipes? 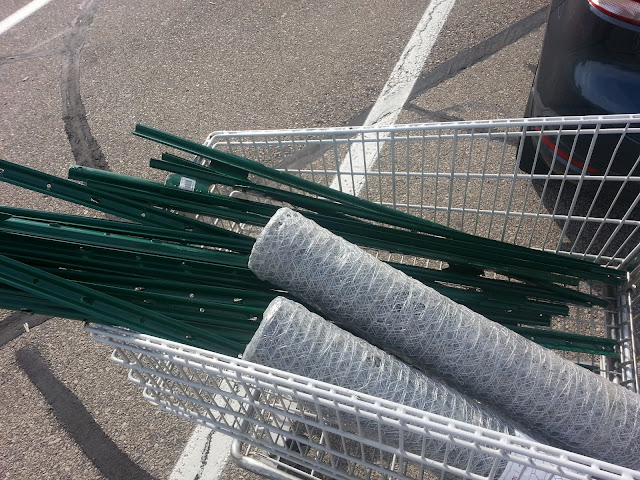 New photos as the fence goes up.
Posted by Joshua Feyen at Sunday, June 02, 2013 No comments: