In our community garden, we have a weed problem. Actually, we have three of them, and each is 130 feet long and five feet wide. These were our community vine patch that over a two years has produced many many pumpkins, squash and cucumbers. But interest in it has waned as the squash beetles destroyed many plants.

So this year we are converting the three long beds to perennials; asparagus and black berries. We may rethink the wisdom of the latter, but for now, it seems better than fighting those squash beetles. The long rows where we'll plant our new perennial crops are a weedy mess.

Our community garden is organic, so no Roundup. I found a recipe online for a gallon of vinegar, a half cup of salt and a tablespoon of dish detergent to kill weeds.  My first reaction was if this really worked, everyone would be using it.

Then I thought that Monsanto sells Roundup, not vinegar, so maybe it does work but doesn't get much press.

At the grocery store, I found a special "cleaning" strength vinegar, 6 percent vs. 5. Most recipes said the 5 percent would work, but what the heck, for a buck more a gallon, I bought the stronger stuff. 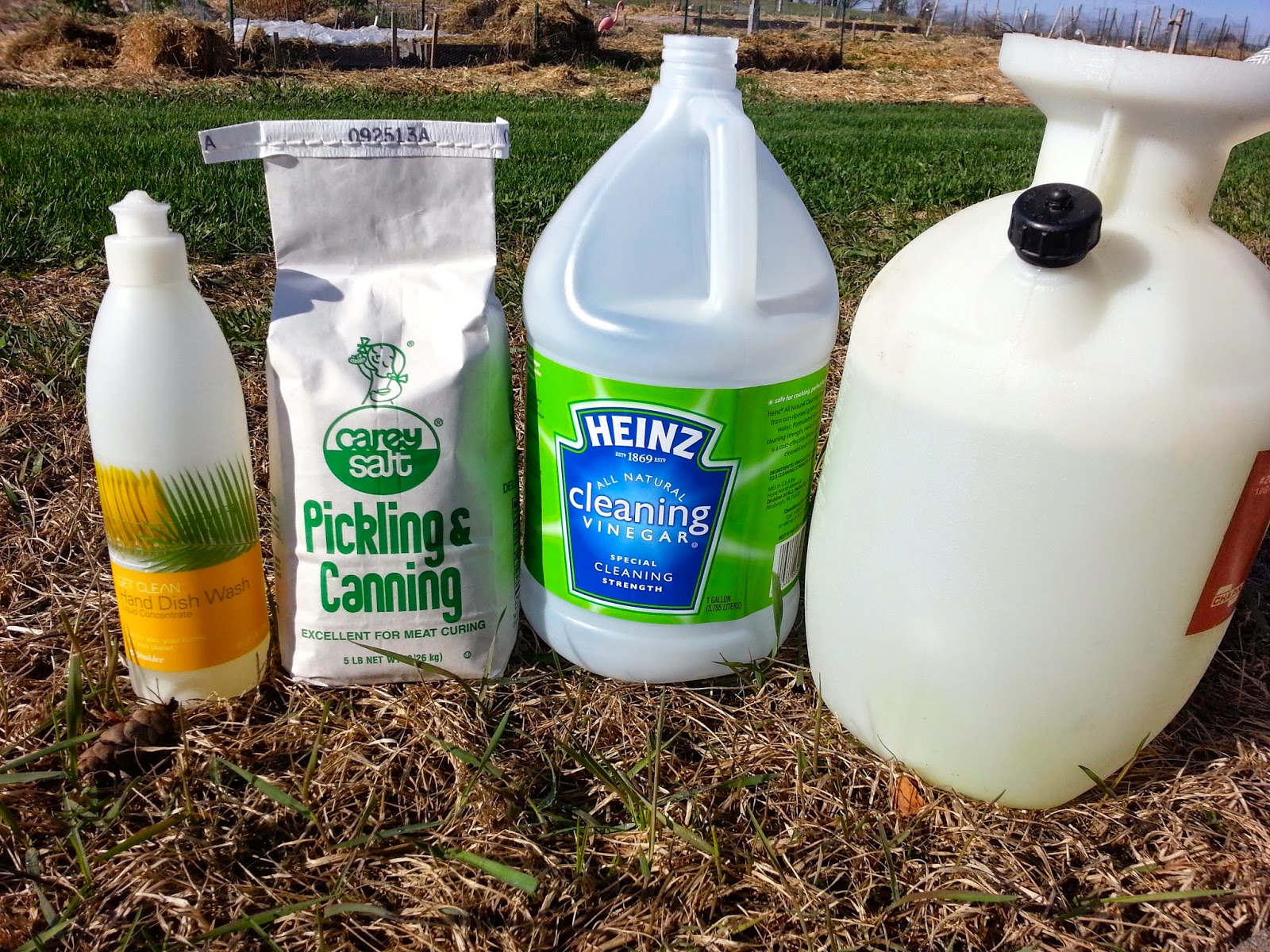 The recipe says that the vinegar solution needs to be put on plants on a sunny day, because it's the vinegar + sun that fries the leaves. 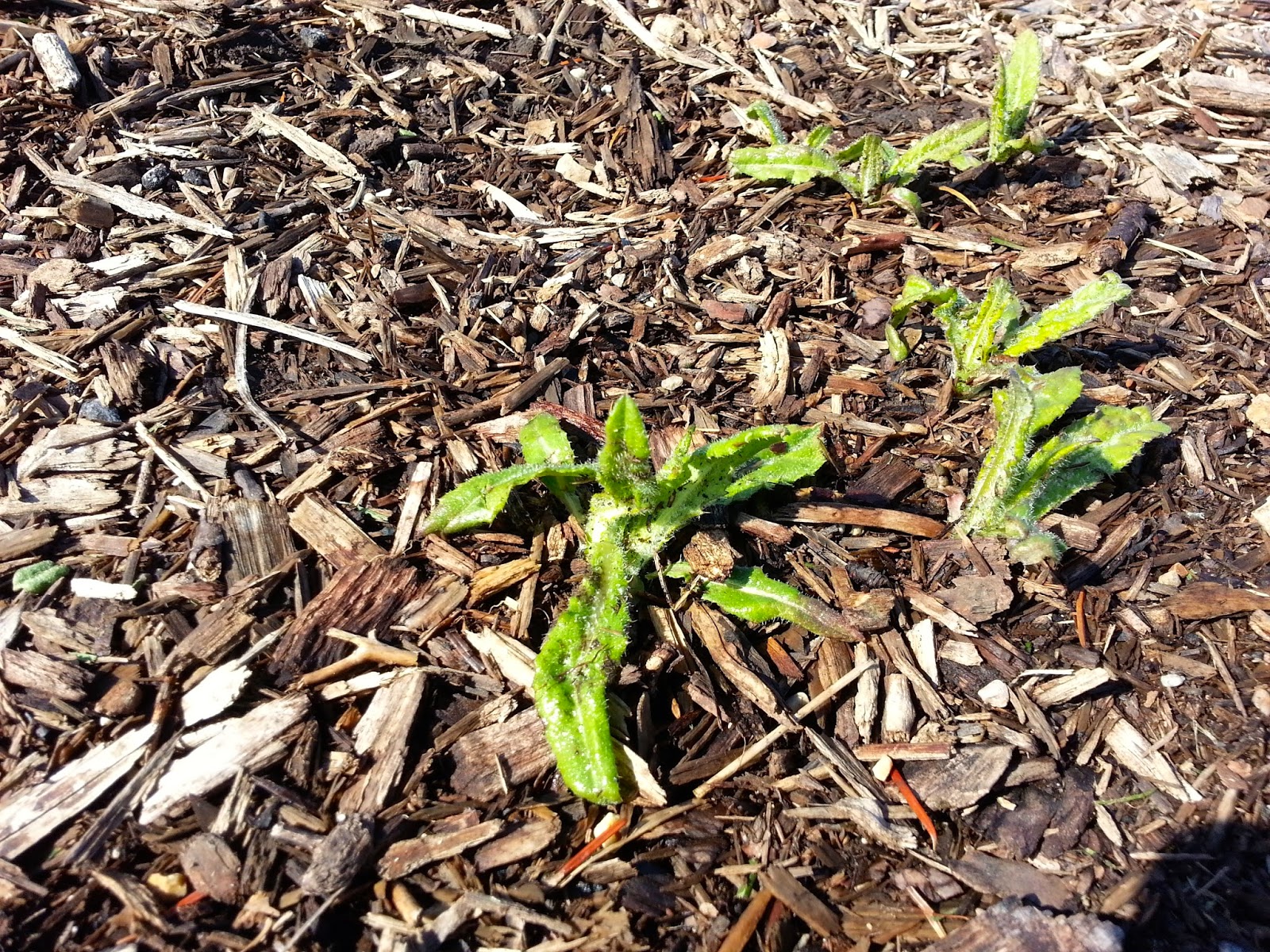 In addition to hitting the grassy beds, I also spot treated thistles coming through our paths. My theory: hit them when they are young, and hit them several times, and maybe we can kill them.

I did this on Saturday morning, and haven't been back out there to see what happened. I'll let you know...
Posted by Joshua Feyen at Sunday, May 04, 2014