Anti egg-eating project goes all out 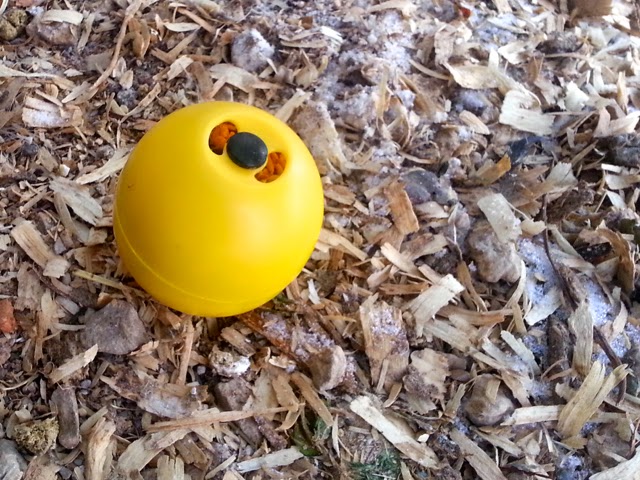 If you read the post about our startling egg-eating discovery, you know how distressing this is. If we can't get them to stop, the end result is chicken dinner. No one wants that - us or the girls.

So off to the Backyard chickens and our local Mad City Chickens Facebook group for some help. I got lots of good advice on why they may have started to eat their eggs: 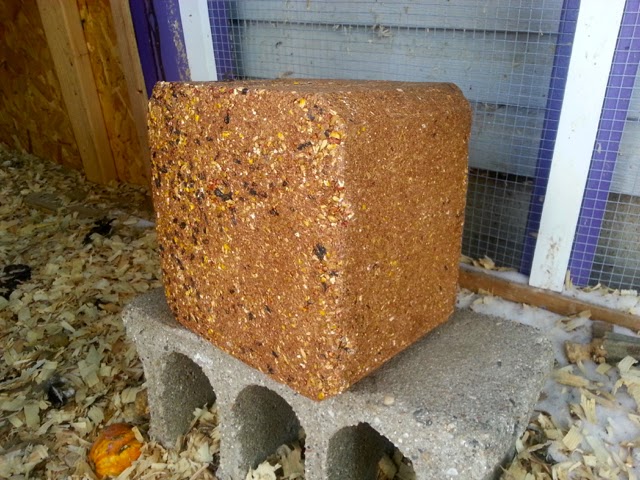 Boredom
I went to Farm & Fleet and found a hard plastic ball that comes apart. You fill it with treats (scratch grain in our case) and they roll it around. They figured out how to empty it in less than an hour. 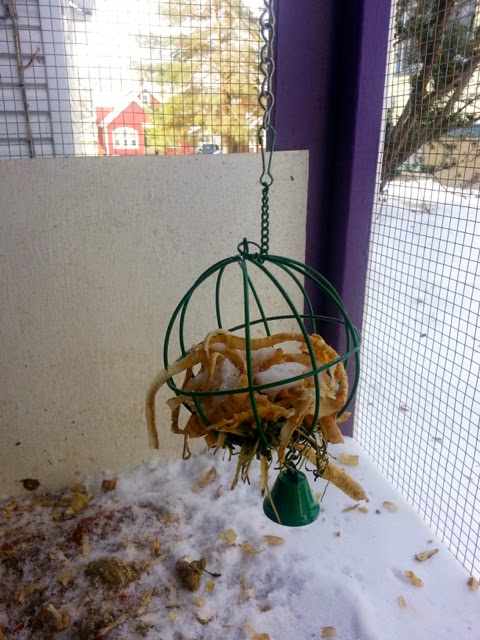 I also bought a scratch block (think a cubic food of compressed grain and other yummies that they peck at) and put it in the run.
My brother gave us a chicken toy for Christmas, which we've been putting vegtable scraps in for them to peck at. 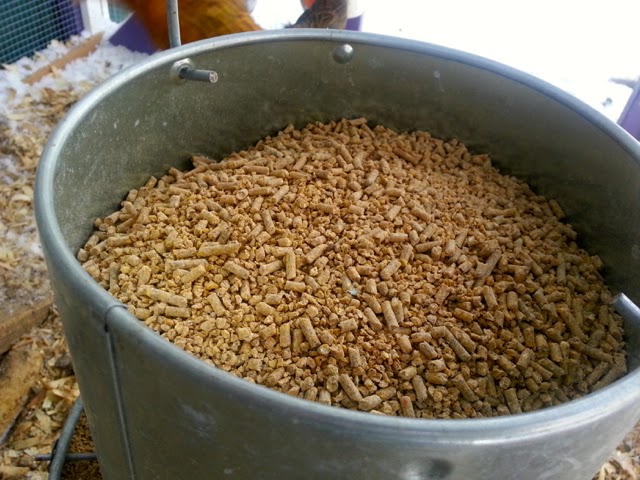 Not enough protein
The "layer" feed mix has 16% protein. I read that in the winter they could go as high as 20%. I found a 22% mixture for "meat birds" and after consulting Jay for some math help, figured that 2 parts of the high protein feed with 1 part layer feed got me to 20%. 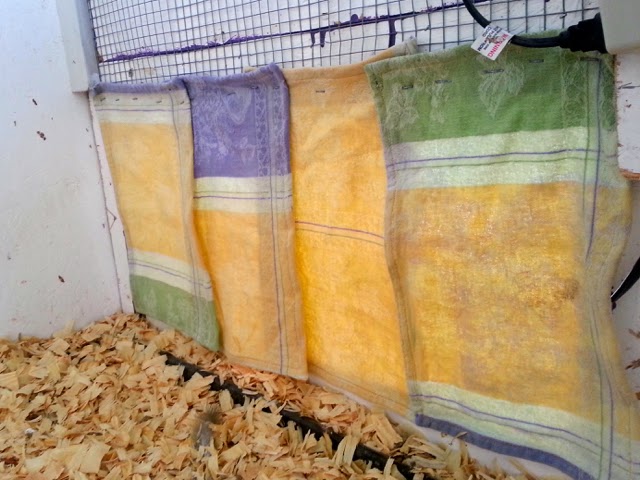 The egg they attacked was laid outside the nest box. This happens occasionally. When an egg is laid in the box, there really isn't much room to get at an egg, AND it's heated so the eggs don't freeze in the winter - two reasons we want them to lay in the boxes.

So Jay got out his mom's trusty Singer sewing machine and whipped up four curtains from an old table cloth and we stapled them in front of the boxes to make them a bit cozier and more private. We really hope they find the box preferable to laying outside in the coop or in the run.