How to build community: organize a block party 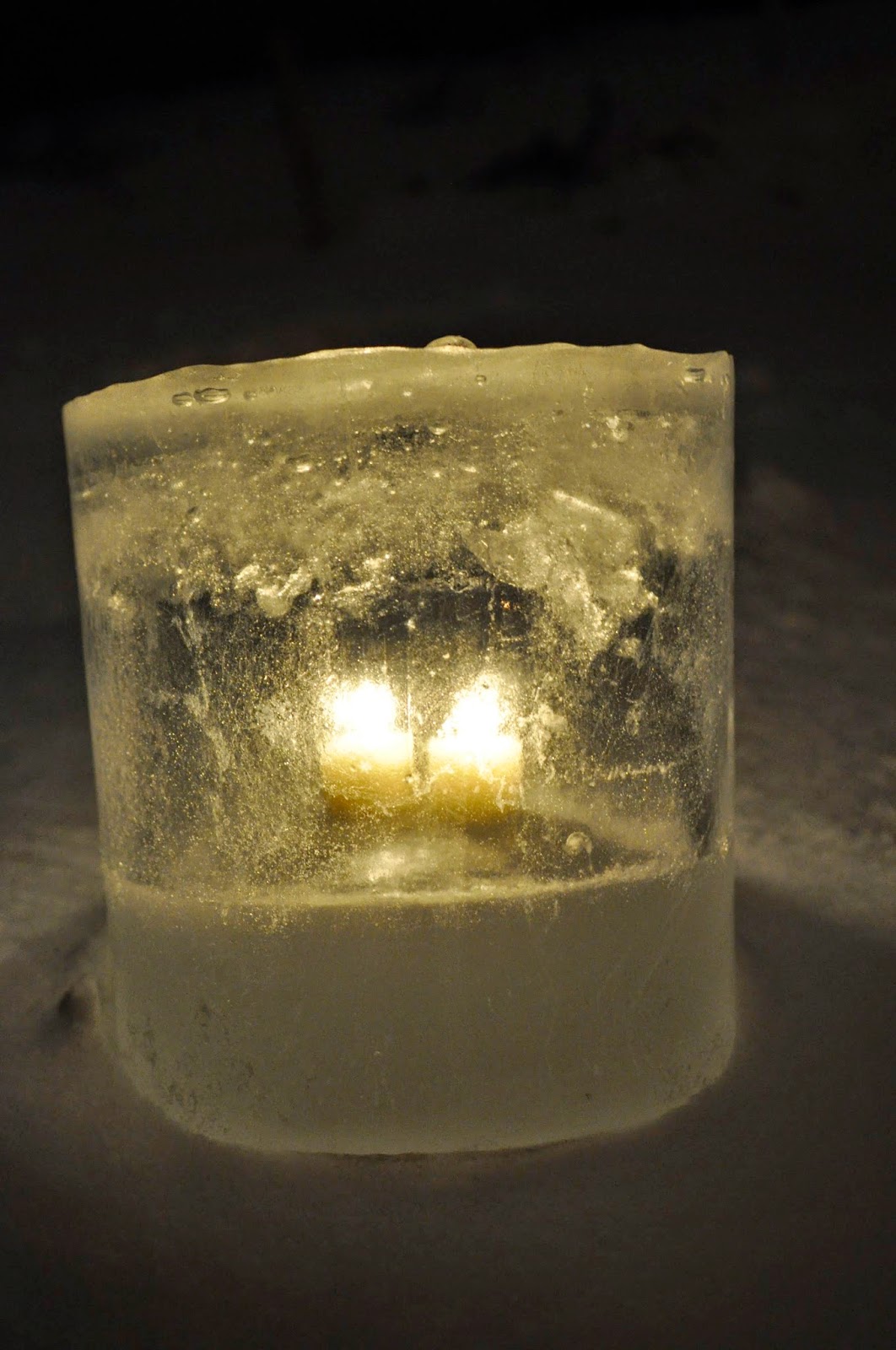 Early in 2015, I shared my New Year's resolution to follow the suggestions on a poster titled "How to build community." I also explained that I intend to report how things go along the way.

Sometime in January I got the idea to organize a mid-winter block party. In winter, people pull into their garages and scurry into their homes; dog walkers move fast, looking down to protect their faces from the wind; and no one is outside lounging around or taking time to wave at passersby. I miss all of that activity, I miss my neighbors.
The idea was to stand around a bonfire for an hour, and then go inside to play games. My neighbor Chris offered her fire pit, and neighbor James offered dry wood.

I like to create environment, and be outrageously welcoming when I throw a party. So I created some ice lumières and lit up the sidewalk and our driveway. Jay and I collected curbside Christmas trees, and  we chopped them up for the fire. I lit the candles, warmed up apple cider and got out the s'mores ingredients. And at 7 o'clock I suddenly got that sinking feeling that I had just planned a party and no one was going to show up.

Logically I knew this wasn't the case because several of my neighbors had told me they would come by. The bitter weather had passed for a moment, and it was fairly pleasant standing in the dark. And then the thought came to me, I wasn't doing this for anyone else. I was doing it for me because I wanted to spend some time outside, with the winter chill defeated with a fire. And I had invited people to join me if they wanted to.

Right around then, Jay walked down the driveway, and joined me and the crackling pine cones our neighbor gave us as fire starters. It didn't take long for my dark fears to be swept away when a couple of boys from the block, dressed to play in the snow, stepped onto the sidewalk and walked toward the fire.

People started to arrive and joined me around the firepit. We sipped hot apple cider and agreed how good it was. One child took me up in the offer of s'mores.

I enjoyed my time outside, and it takes a lot for me to say that between November and March. We all agreed we missed one another and it was good to get together. And I got to remember, and will recall this moment throughout the year, that I'm primarily doing this "how to build community" activity for me, and others get to enjoy it along with me.