If a picture says a thousand words, these are worth about a million. 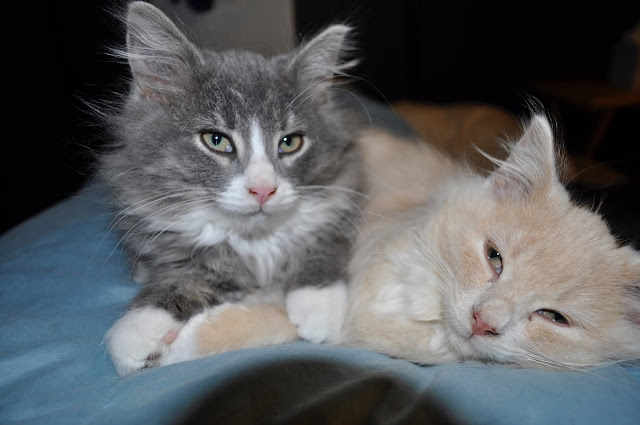 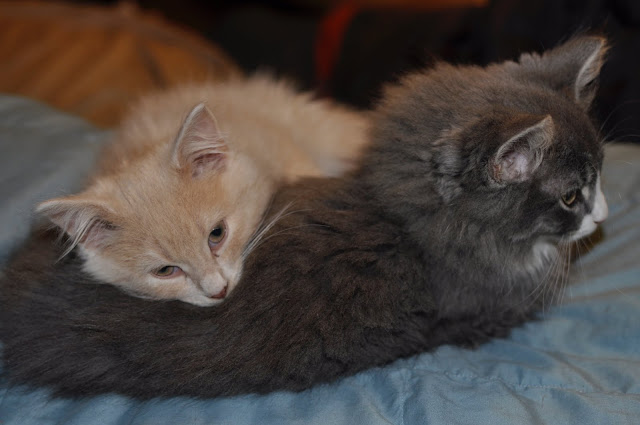 We adopted Bruno (gray) and Oscar in October, but it took a long time for them to tell us their names. Oscar let us know first. The gray one whispered "Felix" in deference to The Odd Couple. However, our feline matron, Feliz, was not amused by the mere one letter difference between their names. Thus, we asked the gray one to continue to ponder his name. 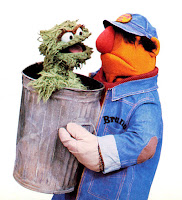 After a bit of thinking, the gray one came upon a list of Sesame Street characters, and to his delight discovered that Oscar the Grouch had a companion, a friend if you like, in Bruno the Garbage man. On the show, Bruno would pick up Oscar's can and take him for a walk around the neighborhood. Bruno is also a bit bigger than Oscar.

So, Bruno it is. We're loving having the kittens around.
The furniture isn't sure.
And Feliz still isn't amused. But she does love the extra doses of cat nip she's been getting!