Our chicks are now two weeks old (they were born on a Sunday night). I want to introduce you to them, individually, by name, breed and "owner." 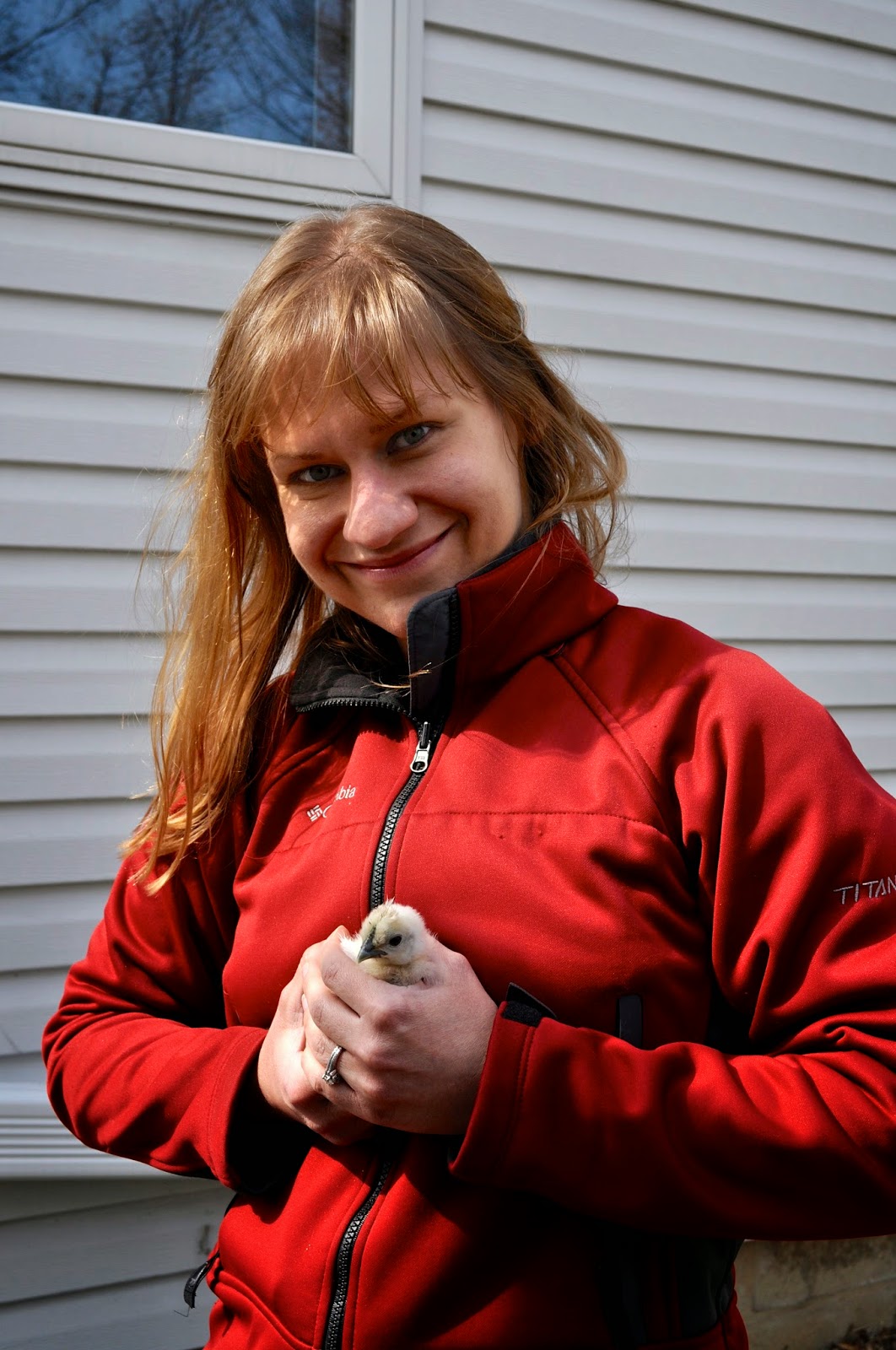 Distinctions: currently the largest chick, but will eventually be the smallest. Silkies are a bantam breed, meaning they are a small bird.

However, the fun part about owning a silkie is the way they look as an adult. As this one grows, up, there will be many photos, and I'll ask Marissa to write a guest post about her very fun-looking bird! 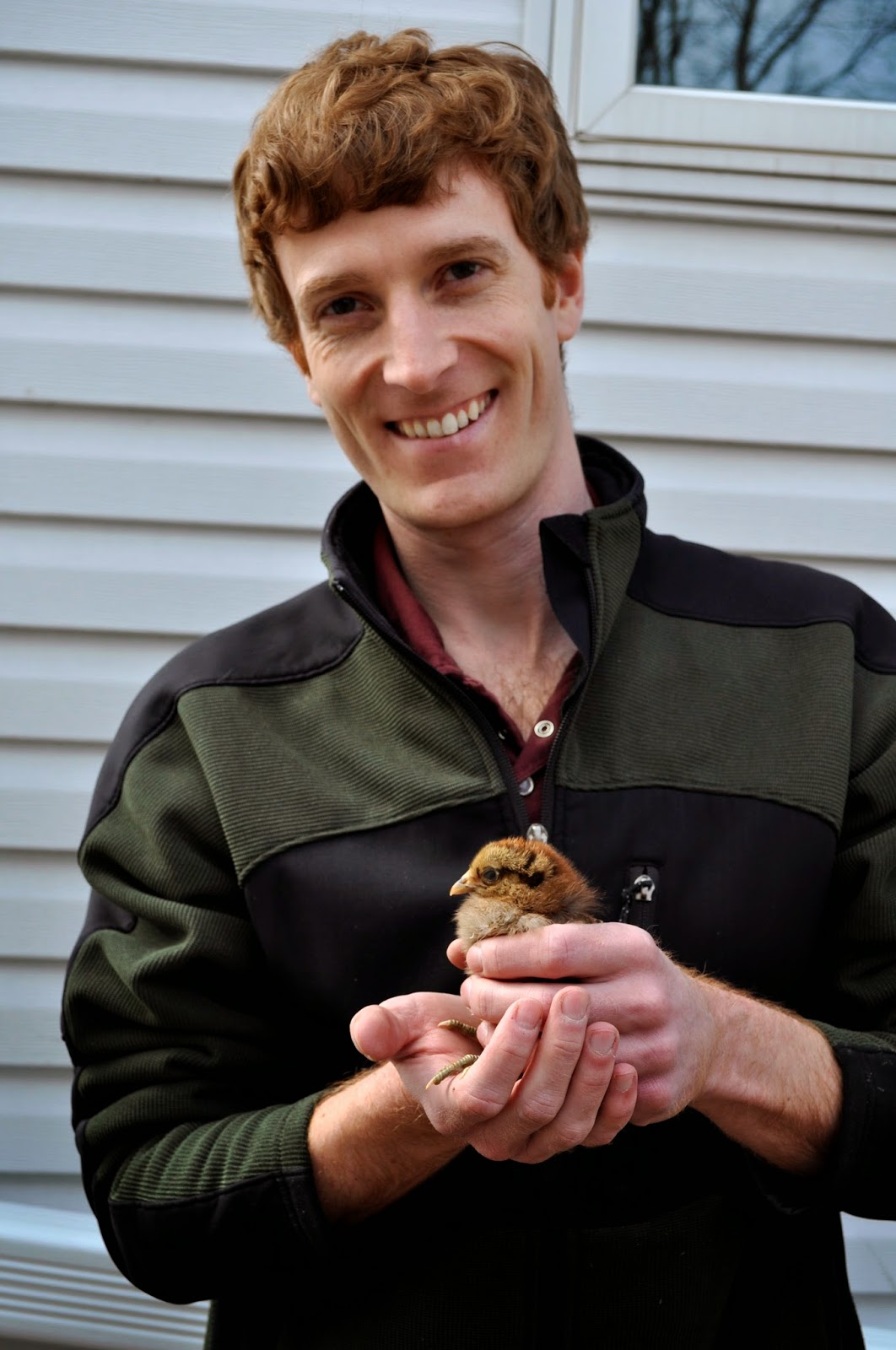 Distinctions: so far, the loudest and most talkative of the flock. Americana chickens are also known as "easter eggers" because they lay bluish to greenish eggs. 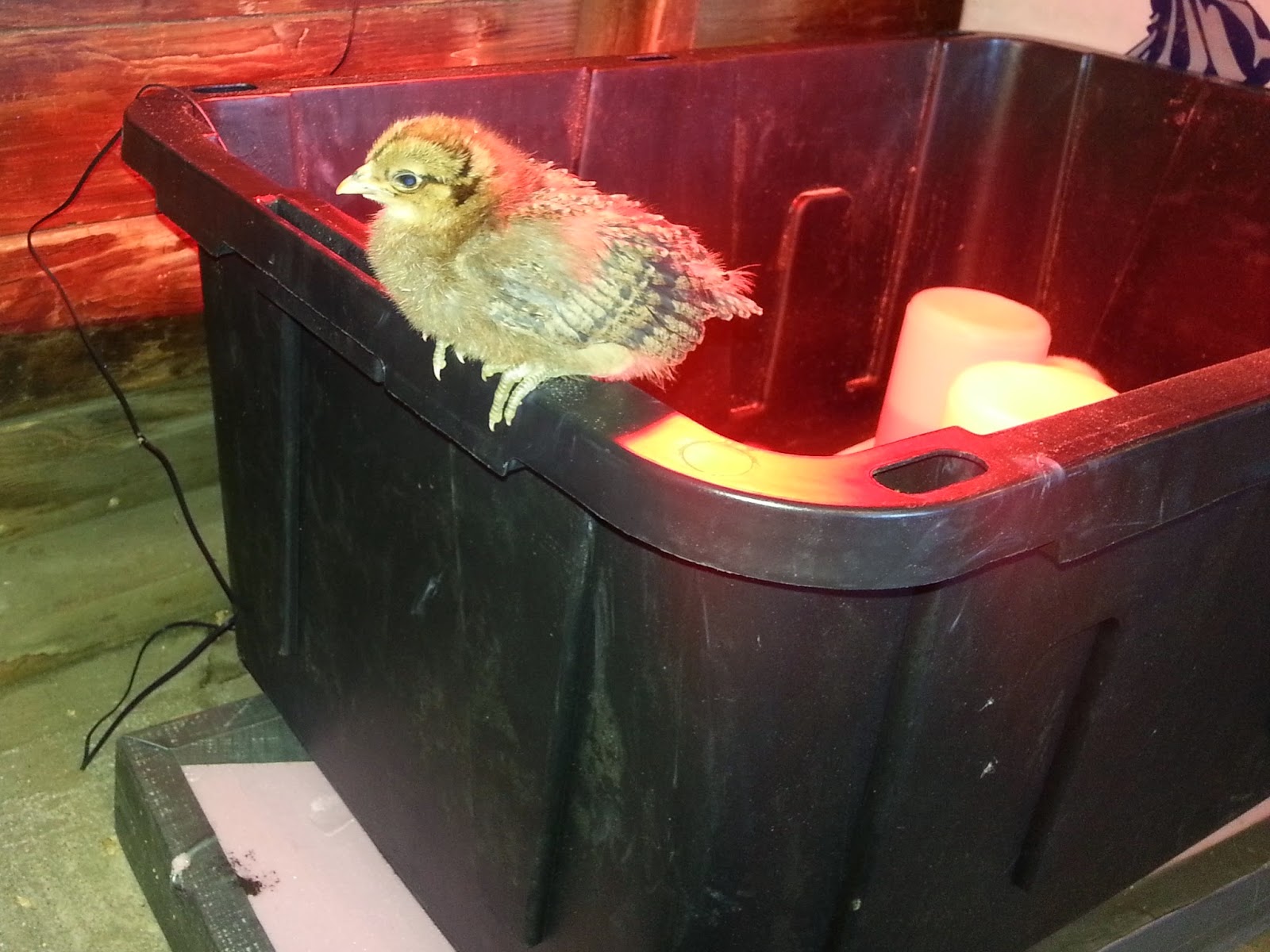 Betsy Ross can also be credited for the sudden move into larger quarters. The photo below is what I found when I went into the garage late last week! Betsy had found her wings! 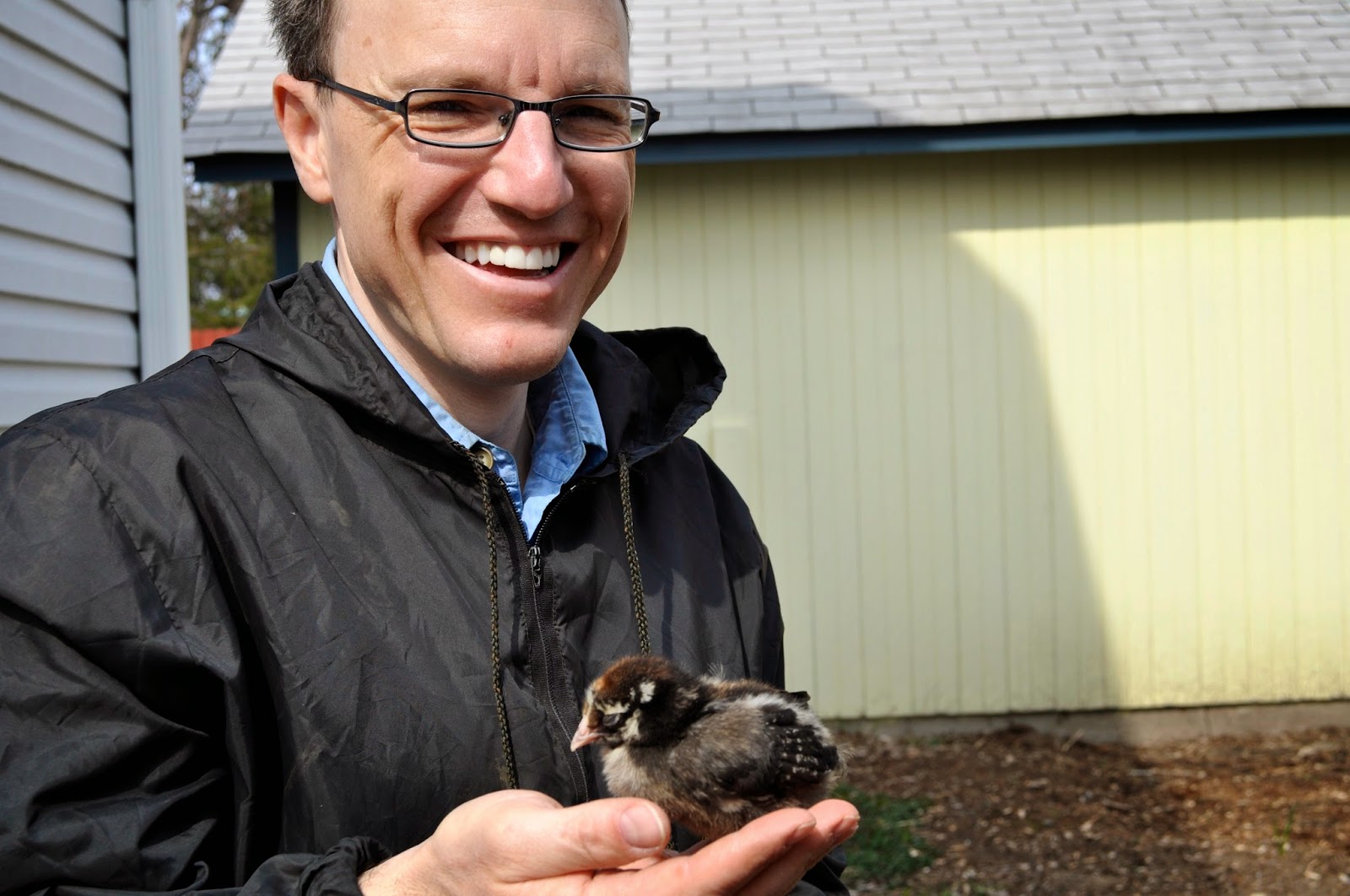 Distinctions: Olive and I have bonded. She now sits in my hand without holding her still, and often won't step off it when I lower her back into the brooder.


She will have silver-tipped feathers and is a striking bird as an adult. 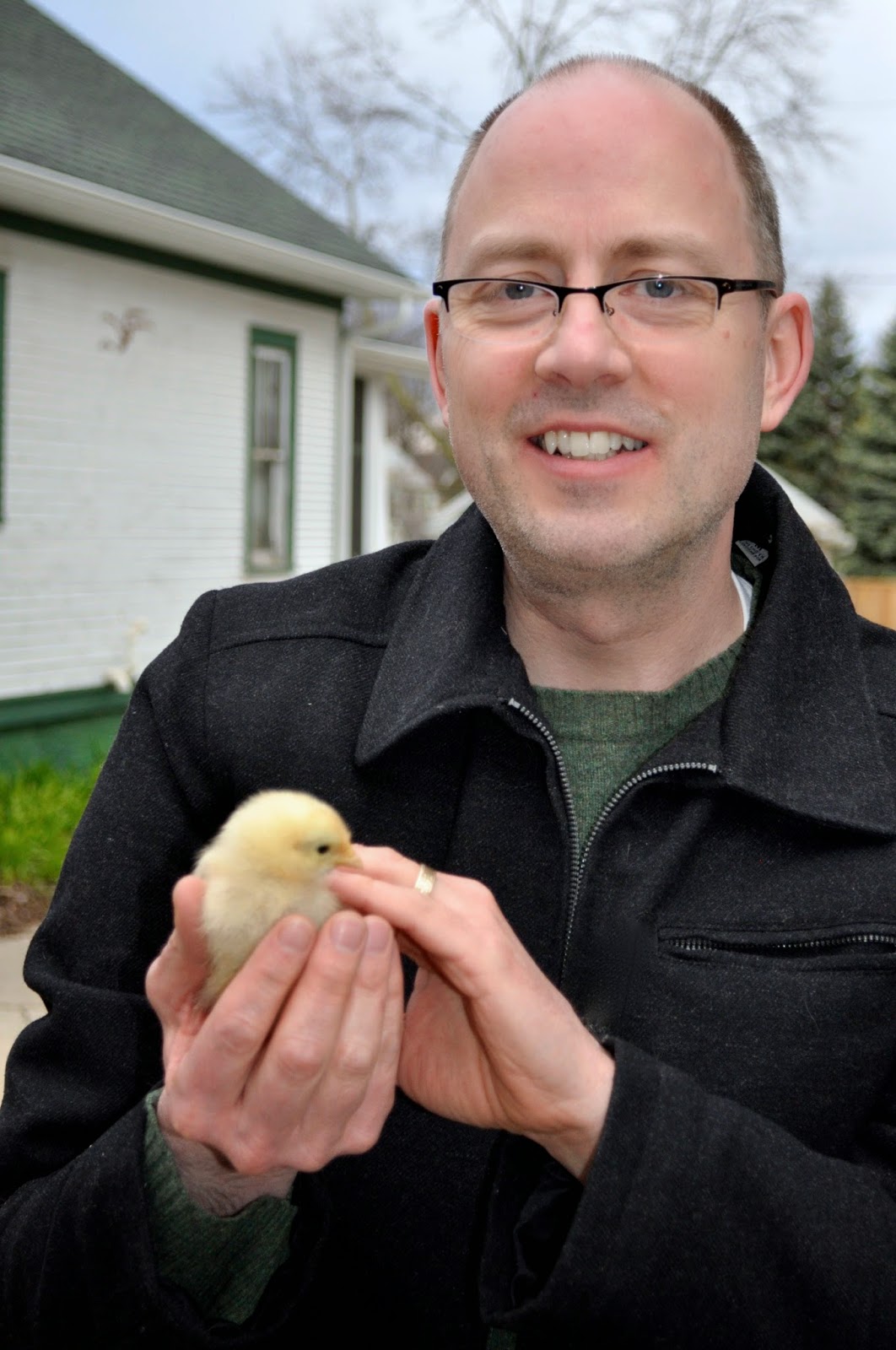 Distinctions: We've read that Buff Orpington's are the "golden retrievers" of the chicken world - that is to say, they are calm, quiet and love people. Prissy is no exception, she's probably the quietest (and at the moment, the smallest) bird in our flock. And she just hangs out with Jay, cool as a chicken could be. 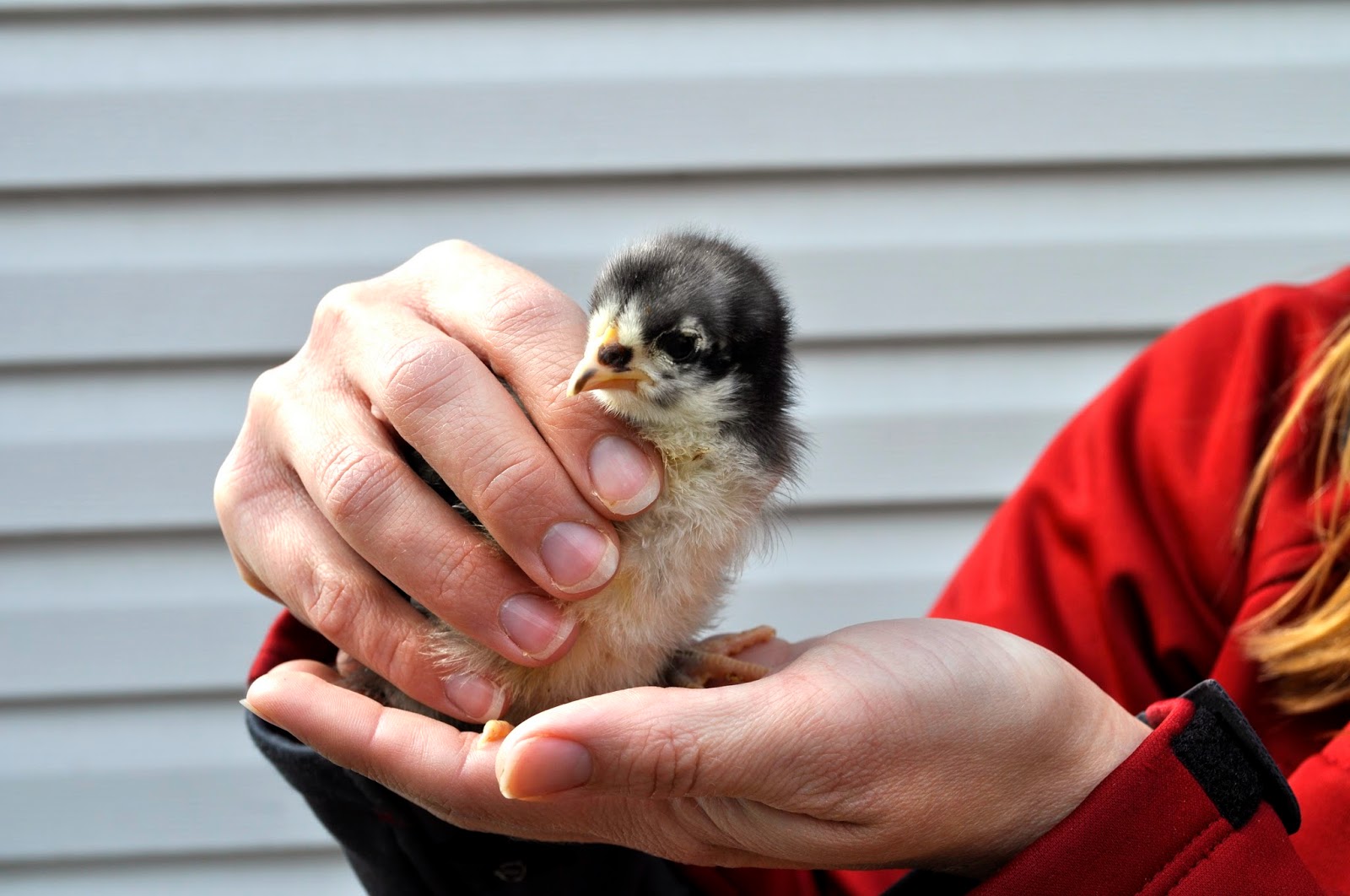 Breed: Black Australorpe
Parent: all of us
Name: Mifflin, or Miffy (named after the street we live on)
Adult weight: 5-7 lbs.

Distinctions: Mifflin is our "just in case bird," but don't tell her that, and we don't really talk about it. She's also totally illegal.

The Madison chicken ordinance allow for four hens per property. While gender identifying chicks is 95% accurate at one day old, there's still that little chance we could get a male. However, Silkie birds can't be gender identified until they are six months old, so we have a 50/50 chance of getting a rooster. And, this is nature and one of the chicks could die (disease, predator). So Miffy is our just-in-case bird. But since the ordinance is really about not annoying your neighbors, and since Matt and Marissa are in on this with us, we're not concerned about breaking the ordinance.

I just hope no one from the city is reading this :)
Posted by Joshua Feyen at Monday, April 28, 2014