While I probably had rubber boots when I was a kid, I don't really remember them. I do remember what we called "buckle boots," these large over-the-shoe boots that had these metal buckles that my little fingers always found difficult to open and close.

In 2005, just before arriving for a month of volunteering on a jungle farm in Ecuador, I purchased a pair of rubber boots. The farmer suggested rubber boots would be a good idea.

I practically lived in those boots. A day didn't go by when I slipped them on to do some gardening, harvest food or simply walk around the farm.

About the only time I didn't wear my rubber boots was when I went into town, and that's because we had to do a lot of walking on a gravel road to get to the bus, and walking on hard surfaces was a little uncomfortable in rubber boots. But walking on the soft jungle floor or in the mud was quite comfy in rubber boots.

Having no need or room for rubber boots at the end of my journey in South America, and left them on the farm, right next to a dozen other pair of rubber boots left by volunteers in the same situation.


Fast-forward to 2014, and this whole chicken business has suddenly got me thinking about rubber boots again. One aspect of bio security, and we're not talking about some kind of weird chemical warfare, is to have one set of shoes that stays in the yard and goes nowhere off the property. This prevents tracking disease into our animal environment. Rubber boots are also terribly practical. No laces, pants tuck in so they don't get dirty or wet and easy to rinse off.

And they are kinda sexy.


So off to Farm and Fleet where Jay and I each bought a pair of rubber boots. Fortunately, we are the same foot size, so it doesn't matter who puts on which pair :-)


What's your favorite footwear in the garden? 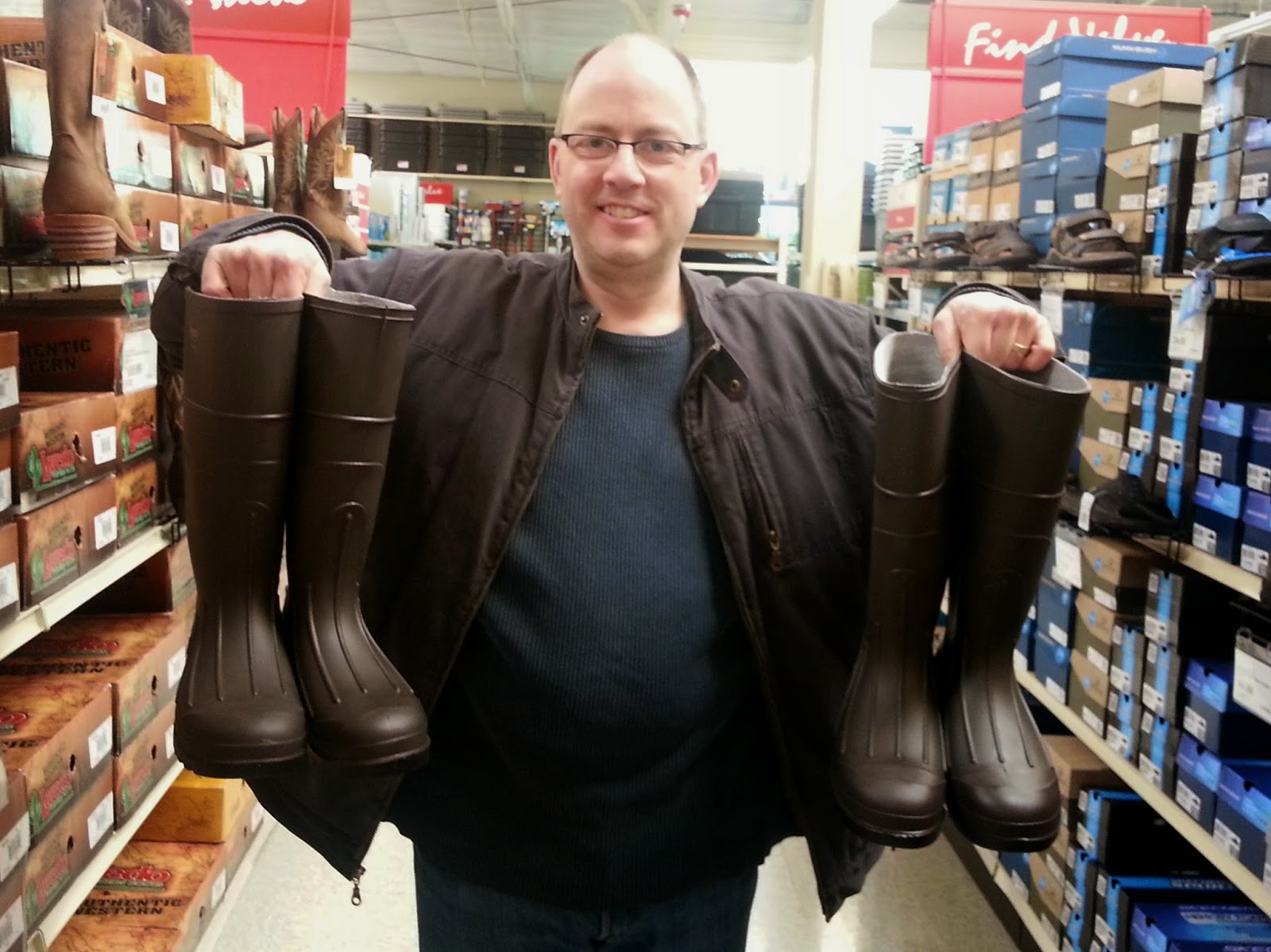 At left is a photo of Jay with our new boots. Just for perspective, we spent more on those boots than I spent in the entire month I lived volunteering on the jungle farm. I don't recall exactly what I spent on the South American boots there, but $8 comes to mind. These were $20/pair.